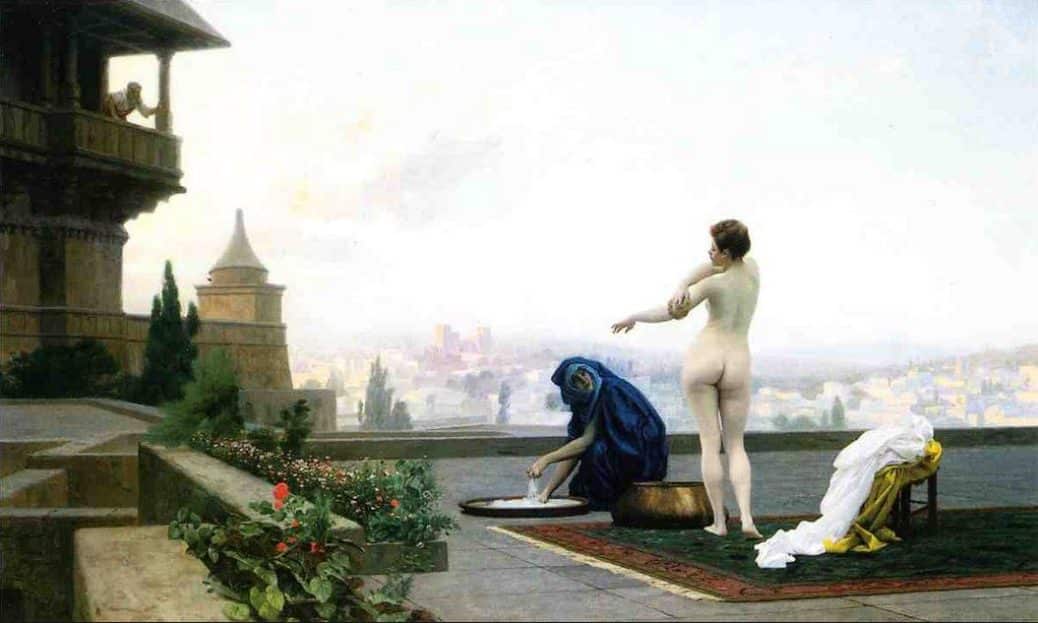 A man and a woman were having sex at a particular time in their lives, as a result you and I were born. As humans, we ask “Where did we come from?” the simplest answer “We are a result of sex between our parents”. But ironically no one chose birth which is result of their parent’s shameful act. There are people who are not outcome of pleasurable sex between their parents, rather they are a product of Marital rape. But they will never know what type of sex resulted in their birth. We knew nothing, neither it was our desire to be born.

Prostitutes are impregnated, after nine months a child is born. This child might never know who the father is. If it’s a girl she can very well become a prostitute, a boy could become a pimp. Sons of Syeds(People descended from Prophet Mohammad), elites of society, princes and many other respectable members of the society use prostitutes for sexual pleasure. But every birth is the result of sex, and the one who is born as a result has no choice in their birth. Many bastards are born without wedlock, illegitimate in eyes of society. But was it their choice to be born as bastards? No, it wasn’t. If someone asks these bastards where would they have wanted to be born if given choice? They would definitely want a regular married couple as parents.

David was king of Israelites, he built a new palace. When he looked down from its balcony, he saw Bathsheba wife of Uriah the Hittite naked as she was bathing. The king desired her and asked that she be brought to him. He had sex with her, later the king found that she was pregnant. He was worried about his unborn illegitimate child. He ordered that Uriah should be put in the frontline and he should not be helped. Uriah was killed in battle and David made Bathsheba his wife. Despite this atrocity, David is considered as a prophet and man of God. But he was not punished for adultery, though according to the law of Moses punishment for adultery is stoning. But instead Prophet Samuel told David that his firstborn son from Bathsheba will die, and this happened. Devine will punish their son instead of David and Bathsheba. The sin of the Parents was paid by the progeny.

Where and when one is born is beyond their choice. But Sharia pays much attention to the legitimacy of a child. What good had Daughter of Prophet Fatima Zehra done before birth that she was born to a prophet? Why was Fatima given this undeserved gift? One who is born in a brothel sells her for a few dimes every day. On the other hand, someone is born to a queen and becomes a princess. But at the same time, some who are born in legitimate wedlock are sexually abused by their own parents.

Mankind has no choice in the matter of birth, one could be born as a prince, as a bigger, could be born lame, or could be considered son of god. If one is born to Muslim parents he becomes a Momin (believer), if born to infidel parents becomes a Kafir (Infidel). Could be born to a prophet and becomes a prophet himself. It is not correct to punish Sons for the crimes committed by their fathers. We say it is sin of adulterer parents, not the child. But it is the child who is cursed as a bastard and punished for their sin.

Similarly, one who is born to infidels is cursed with a lifetime of kufr (Infidelity). But one never chose to be born to infidels. only God decides who would be born to whom. So it is God who is giving children to infidels, and those children will become victims of infidel propaganda and will never submit to the will of God. Now as this choice rests with god, god is equally responsible for kufr, because he could have chosen that a child was not born to infidel parents. Ninety-nine percent people never change their birth religion, so being born to kefir parents is a ticket to hell. On the other hand, being born to momin parents ensures one will go to Jannah (paradise). The fate is sealed from the very first moment of a personal life. They will wear the yoke of kufr in the same way as an illegitimate child bears the curse of being a bastard his whole life.

So every kafir and non-Muslim is a result of sacred adultery committed by God almighty himself. He gave children to kufar without giving it a second thought, as a result, these children who would have become believers in another scenario became infidels.