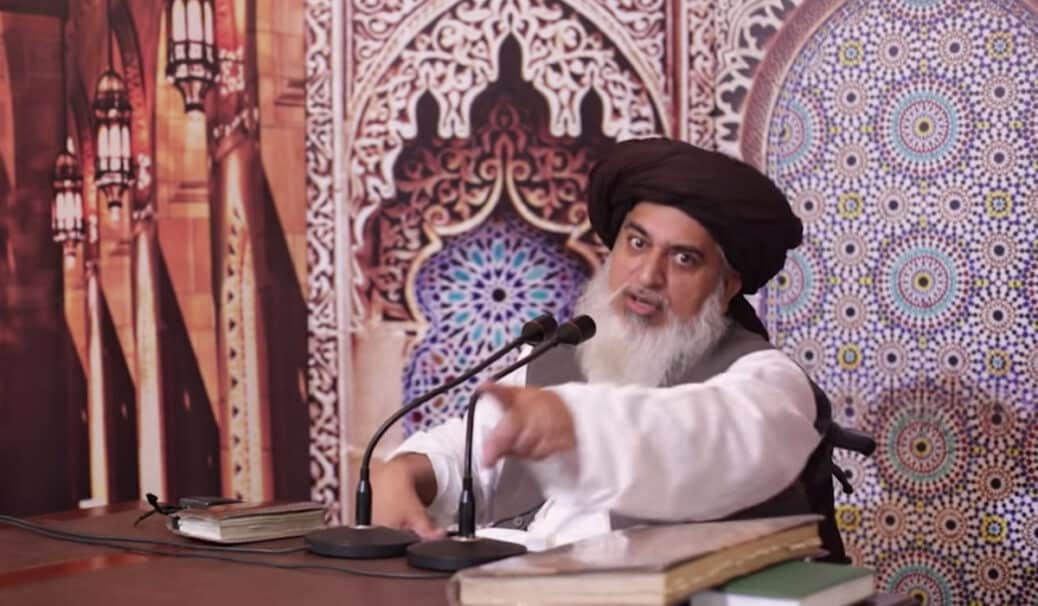 Khadim Hussain Rizvi and the plight of Pakistan

No Doubt Khadim Hussain Rizvi was one of the most dangerous influences on the Pakistani masses. In the Pakistani Constitution, there are Islamic laws that discriminate against women and religious minorities. But the most dangerous is the Blasphemy law, which demands the death penalty for insulting the Prophet Muhammad and the Quran. Pakistani minorities are disproportionately high victims of the blasphemy law. Since their inception in General Zia ul Haq’s regime back in the 80s, thousands of cases have been filed. It is nearly impossible to get bail in a blasphemy case.

People alleged of blasphemy are subject to mob violence and vigilante justice. During the last decade, the situation has become so worse that Governor Salman Taseer of Punjab province was shot dead by his own security guard Mumtaz Qadri in 2011. Islamic right-wingers hailed Qadri as a hero. These groups staged many protests for Qadri and wanted him freed. A speech by Khadim Hussain inspired Mumtaz Qadri to kill Salman Taseer.

Khadim Hussain and nearly all mainstream Mullahs in Pakistan preach death for blasphemy. Khadim Hussain always praised vigilante justice against people alleged of Blasphemy. Last month, when a Muslim man in France beheaded a teacher named Samuel Patty, Khadim Hussain praised this act of terrorism and demanded that Pakistan stand againstBlasphemy’se French government. Khadim Hussain demanded that the Pakistani Government should openly warn the French ambassador with the threat of a nuclear war. Though hardly anyone in the government took what he said seriously, millions in Pakistan sincerely follow his teachings and believe that Muslims should behead anyone who utters a single word to dishonor the prophet. Soon after Samuel Patty’s death, a Pakistani asylum seeker in France stabbed two people outside Charlie Hebdo’s previous office. This young man did this in response when Charlie Hebodor republished the Cartoons depicting the prophet Muhammad.

Khadim Hussain Rizvi and his followers praised the stabbing outside Charlie Hebdo’s old office. French government displayed Charlie Hebdo cartoons on state buildings after this incident. This, in turn, triggered Khadim Hussain and his lot of Aashiqaan e Rasool(Lovers of the Prophet). He called for a sit-in Strike in Islamabad and demanded that the Pakistani government should expel all French diplomats from Pakistan. He also demanded that Pakistan end all diplomatic relations with France by closing the Pakistani Embassy in Paris.

Late November in Islamabad is cold, and Pakistan happens to be a country where Covid 19 has not been taken seriously. The government has not shown any interest in containing the pandemic. Khadim Hussain’s sit-in strike gathered thousands of followers in Islamabad who did not follow any health guidelines. No one was wearing masks or socially distancing. This truly was a super spreader event. Maulana Khadim Hussain Rizvi himself was wheelchair laden for the last two decades. He also had diabetes. Just two days after he and his followers ended their fiasco in Islamabad, his followers brought him to Farooq Hospital in Lahore. According to the medical staff, he was dead on arrival. The death certificate does not mention a specific reason for death, which shows that he died of Covid 19. The next day millions of people took part in his funeral at Minar e Pakistan, Lahore.

Khadim Hussain’s death saddened many.  I was not happy either, I sad for the people killed by his words. Salman Taseer was killed because of the narrative that Khadim Hussain was preaching, shot point-blank by his own security Guard. Late Minister for Minorities Shahbaz Bhatti was also killed because he spoke out for Asia Bibi like Salman Taseer. Asia Bibi spent many years behind bars because of the hatred preached by Khadim Hussain and others. Mullahs threaten courts and Judges in Blasphemy cases. Rashid Rehman represented Junaid Hafeez, a Baha ud Din Zikria University Lecturer accused of blasphemy. Advocate Rashid Rahman was receiving repeated death threats for representing Junaid in court. He was killed in his chambers on the 7th of May, 2014. Asia Bibi’s lawyer family and relatives were repeatedly threatened. When the Supreme Court of Pakistan acquitted her, Khadim Hussain pressurized the government to review the decision, and her release was further delayed. Mashal Khan, a university youth, was killed by his own university fellows on allegations of blasphemy. The story goes on and on; Khadim Hussain and Islamic Extremists like him have made Pakistan a living hell for religious minorities. Allegations of blasphemy have increased a hundredfold since the 90s.

Khadim Hussain’s Tahreeq e Labaik Pakistan’s main political agenda is to protect the Prophet’s honor. Which truly means they want to make blasphemy allegations mainstream. Blasphemy allegations truly halt the chance for any dialog among different sects of Islam and other religions. Recently a security guard killed a bank manager over a minor theological difference.

Pakistan has become a perilous place for people with a difference of opinion. Muslims all over the world are taking the issue of Blasphemy to another extreme. They are starting a new time in which any criticism of Islam can get someone killed. But is it the Muslim or is it Islam that is truly barbaric, extreme and uncompromising, people who know Islam know that Islam is the disease and terrorist is the carrier, Khadim Hussain was just one among millions? It will take decades if not centuries to reverse what he has sown in Pakistan and sadly many people will lose their lives because of him.