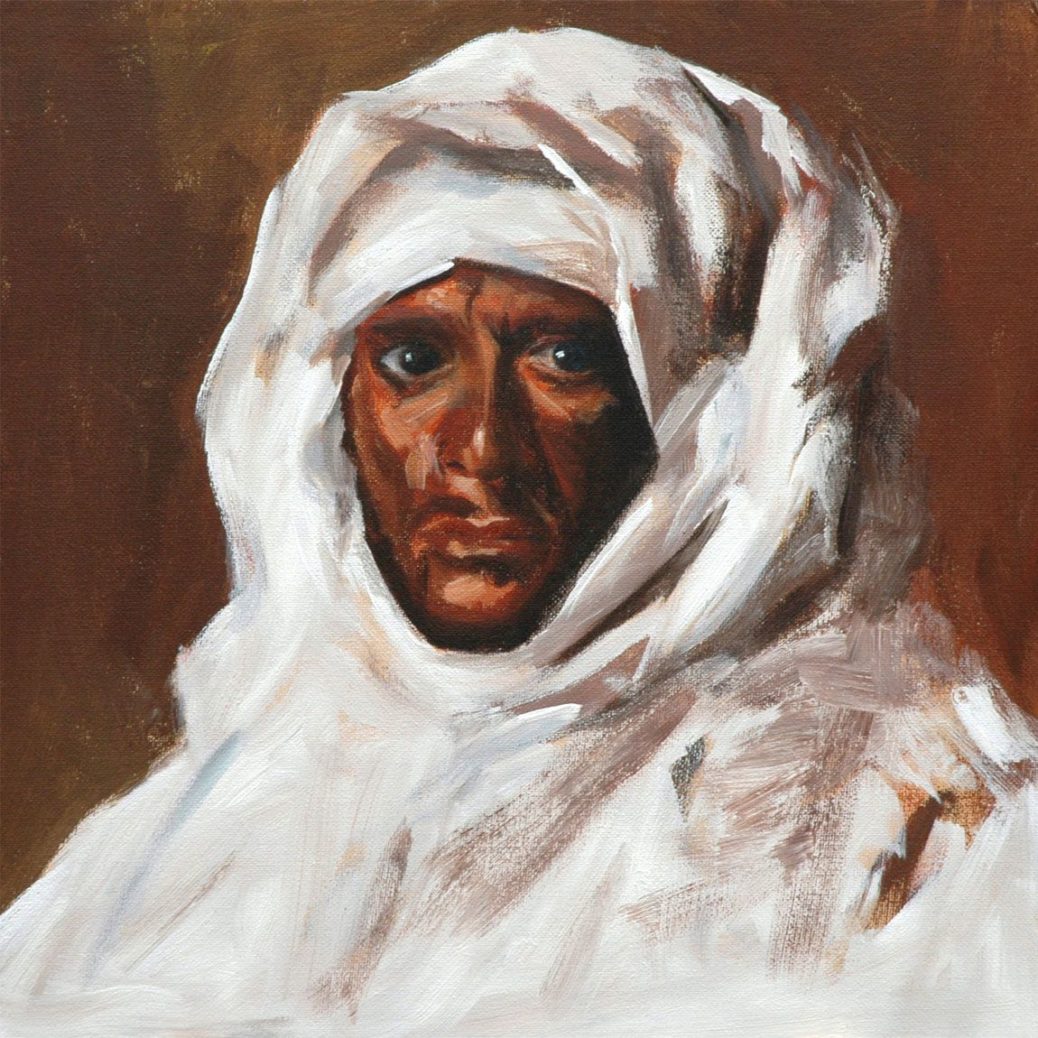 Prophet Muhammad ordered the killing of six people at the conquest of Mecca, one of these was Abdullah Ibn Saad.

It was narrated from Mus’ab bin Sa’d that his father said:

“On the day of the Conquest of Makkah, the Messenger of Allah ﷺ granted amnesty to the people, except four men and two women. He said: ‘Kill them, even if you find them clinging to the covers of Ka’bah.’ (They were) ‘Ikrimah bin Abi Jahl, ‘Abdullah bin Khatal, Miqyas bin Subabah and ‘Abdullah bin Sa’d bin Abi As-Sarh. ‘Abdullah bin Khatl was caught while he was clinging to the covers of Ka’bah. Sa’eed bin Huraith and ‘Ammar bin Yasir both rushed toward him, but Sa’eed, who was the younger of the two, got there before ‘Ammar, and he killed him. Miqyas bin Subabah was caught by the people in the marketplace, and they killed him. ‘Ikrimah traveled by sea, and he was caught in a storm. The crew of the ship said: ‘Turn sincerely toward Allah, for your (false) gods cannot help you at all in this situation.’ ‘Ikrimah said: ‘By Allah if nothing came to save me at sea except sincerity toward Allah then nothing else will save me on land. O Allah, I promise You that if You save me from this predicament I will go to Muhammad ﷺ and put my hand in his, and I am sure that I will find him generous and forgiving.’ So he came and accepted Islam. ‘Abdullah (bin Sa’d) bin Abi Sarh hid in the house of ‘Uthman bin ‘Affan, and when the Messenger of Allah ﷺ called the people to give their Oath of Allegiance, he brought him, and made him stand before the Prophet ﷺ. He (‘Uthman) said: ‘O Messenger of Allah! Accept the allegiance of ‘Abdullah.’ He raised his head and looked at him three times, refusing his allegiance each time, then he accepted his allegiance three times. Then he turned to his Companions and said: ‘Was there not any sensible man among you who would get up when he saw me refusing to give him my hand and kill him?’ They said: ‘We did not know, O Messenger of Allah, what was in your heart. Why did you not gesture to us with your eyes?’ He said: ‘It is not befitting for a Prophet that his eyes be deceitful.'”

Muhammad despised Abdullah ibn Saad, and Muhammad indeed wanted him dead. The real reason is mentioned in all the major Islamic history books.

The scribes of Muhammad were 42 in number. `Abdallah Ibn Sarh al-`Amiri was one of them, and he was the first Quraishite among those who wrote in Mecca before he turned away from Islam. He started saying, “I used to direct Muhammad wherever I willed. He would dictate to me ‘Most High, All-Wise’, and I would write down ‘All-Wise’ only. Then he would say, ‘Yes it is all the same’. On a certain occasion he said, ‘Write such and such’, but I wrote ‘Write’ only, and he said, ‘Write whatever you like.'” So when this scribe exposed Muhammad, he wrote in the Qur’an, “And who does greater evil than he who forges against God a lie, or says, ‘To me, it has been revealed’, when naught has been revealed to him.” So on the day, Muhammad conquered Mecca, he commanded his scribe to be killed.

According to Al-Sira by Al-Iraqi

Many Islamic apologists claim that the story of apostatizing of Abdullah Ibn Saad has no credibility. But this story is seen repeatedly in Sahih Hadith. The reason of his apostasy is found in “Kitab Al Tabqat Al Kabir”, Ib Ishaq also corroborates this story.

Abdullah ib Saad’s story puts light on two issues. First it gives us information that Muhammad was accepting alterations in Quran by the scribes. It was not only Abdullah Ibn Saad but another scribe a Christian convert also made the similar allegations against the prophet.

In my previous video, I have shed light on why Quran is not preserved. Abdullah ibn Saad was one of the people who reported that Muhammad was not receiving any divine message. The Christian convert also made the same allegations against Muhammad. It has also been reported in the Hadith that Muhammad used to forget verses of Quran. The compilation of Quran is a testament in itself to the abrogations and ammendements in Quran. I will adress the topic of corruption and non preservation of Quran in a separate Article.

We can conclude that Quran was at most Muhammad’s doing. The Quran we have today is different, its is not what Muhammad dictated. Many changes were made. Portions were removed and added to Quran. Islamic history records many such happenings in which quran was altered.

I have discussed alterations and revisions in Quran in a video.